Mitsubishi Xpander Cross is coming in 2020

The well-loved Mitsubishi Xpander now has a sibling, the new Mitsubishi Xpander Cross 2020, officially introduced by Mitsubishi Motors Philippines Corporation (MMPC). Dubbed as the Xpander Cross 2020, the all-new vehicle is essentially a higher-riding version of the popular MPV. It loses its mom van stance and opts to fill in bigger shoes. It does this by getting a new set of bigger wheels and tires. While the MPV version earned a local nickname of being the “baby” Montero Sport, in its Cross form the Xpander does well to match up to its bigger SUV brother. If the aforementioned information above excites you, Mitsubishi Motors Philippines Corporation (MMPC) has confirmed that it will indeed bring in the Xpander Cross into the Philippine market sometime in 2020.

With that said, the Xpander Cross is set to go head-to-head against the Toyota Rush and Honda BR-V in terms of ground clearance and styling. The crossover actually boasts a ground clearance of 225mm that is 20mm more than what the MPV version of the Xpander currently has.

Aside from the improved ground clearance, the specifications remain the same. Yes, this means that it’s still powered by a 1.5-liter engine and the driven wheels are still at the front. Transmission options are also the same with a 4-speed automatic transmission and a 5-speed manual being the only choices. The Xpander currently being built at the new Mitsubishi Motors factory in Bekasi, Indonesia. The plant handles the manufacturing for the Nissan Livina as well which is basically a re-badged version of the Xpander. Details are still sparse about when MMPC will exactly bring the Xpander Cross. But with the confirmation of 2020 arrival, buyers are now spoilt for choice if they’re in the market. 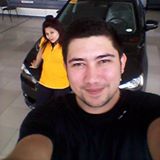 I'm a Sales Executive of Mitsubishi Motors Cebu. For more information about the latest Mitsubishi vehicle offers, promos, and discounts for all our units. Please feel free to contact me.
← Previous Post Next Post →

The All New Mitsubishi Xpander 2020 Philippines which perfectly suits the most versatile lifestyle of every Filipino with the latest prices & promos.

This website uses cookies to improve your experience while you navigate through the website. Out of these cookies, the cookies that are categorized as necessary are stored on your browser as they are essential for the working of basic functionalities of the website. We also use third-party cookies that help us analyze and understand how you use this website. These cookies will be stored in your browser only with your consent. You also have the option to opt-out of these cookies. But opting out of some of these cookies may have an effect on your browsing experience.
Necessary Always Enabled
Necessary cookies are absolutely essential for the website to function properly. This category only includes cookies that ensures basic functionalities and security features of the website. These cookies do not store any personal information.
Non-necessary
Any cookies that may not be particularly necessary for the website to function and is used specifically to collect user personal data via analytics, ads, other embedded contents are termed as non-necessary cookies. It is mandatory to procure user consent prior to running these cookies on your website.
SAVE & ACCEPT

You have Successfully Subscribed!